We have received an update regarding the taping of the Disney Parks holiday specials. Each year, ABC tapes part of its Christmas Parade from Magic Kingdom in Disney World. Usually this happens in early December, but in 2016 the dates move up to Nov. 9-13. This year, the taping will take place in all four parks, but it will not include parade footage from Magic Kingdom—the honor goes to Disneyland!

Still, Disney will be in the parks filming three Christmas specials, and guests with regular admission are allowed to watch and participate in the filming, which includes musical performances by celebrities and other stage show events. According to Attractions Magazine, the filming will take place at Magic Kingdom on Nov. 9 (morning, evening), 10 (morning, midday) and 11 (morning, midday), and Epcot (afternoon) on Nov. 10 and Disney’s Animal Kingdom on Nov. 12 (afternoon). 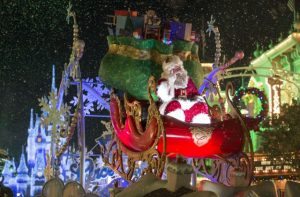 Here are details on when each program will air:

This year will mark the first in the special’s 33-year history that some part of the parade portion will not take place at Walt Disney World. The special has also undergone several name changes over the years, with last year’s name being based off the “Unforgettable Happens Here” advertisement campaign. There’s no word if there will be another name change this year. 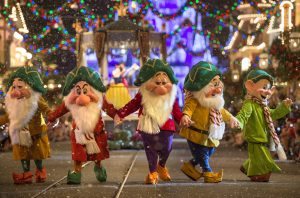 LOVE ORLANDO
NO MATTER WHERE YOU CHOOSE TO STAY,
MAGICALGETAWAY IS AT YOUR SERVICE.

Holiday traditions at Universal Studios Florida and Islands of Adventure.

New ‘Once Upon A Time’ Castle Projection Show at Disney World

The Top 10 Attractions at Animal Kingdom

Your Disney Guide to the Best Burgers!