While the grounds at Epcot are always beautiful, the Flower and Garden Festival takes them to the next level. From March 01 to May 29, 2017.

One of the most welcome signs of spring is Epcot’s 24th annual International Flower & Garden Festival.

Disney’s expert team of horticulturists work year-round to create beautiful landscapes across the resort. The Flower and Garden Festival exhibits its talent with incredible life-size re-creations of beloved Disney characters such as Mickey and Minnie, Donald, Daisy, Chip and Dale, Anna and Elsa as well as pals Woody and Buzz Lightyear. 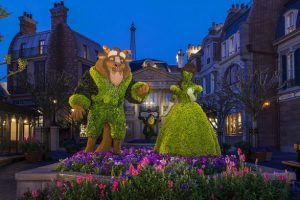 Look for the topiaries throughout the park, at the entrance and Future World areas, and all around World Showcase. Stunning in the daylight, the topiaries take on a whole new life as the gardens and sculptures are illuminated at night. This year’s newest topiaries are equally exciting. Everyone’s favorite bookworm, Belle from Beauty and the Beast will appear near the France Pavilion. Donald, José and Panchito—collectively known as The Three Amigos—will sprout up at the Mexico Pavilion. Imaginative brothers Phineas and Ferb will appear by the Odyssey Restaurant. Lastly, Epcot’s mascot Figment will appear behind Spaceship Earth. 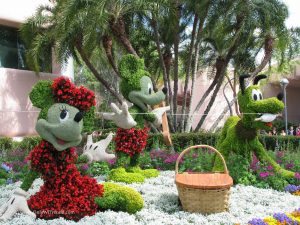 How to plan your day: 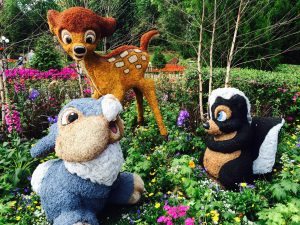 The bands will perform three times each weekend evening, 5:30, 6:45 and 8 p.m. Be sure to get there at least 30 minutes early. Seats fill up quickly! 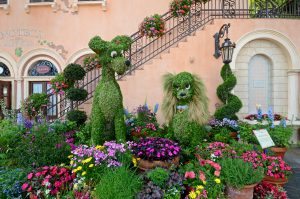 The Future of Epcot: What’s Coming to the...

Epcot Construction Update Guardians of the Galaxy and...

The 10 Best Attractions at Epcot

Come Soarin’ Around the World with Me on...

Frozen Ever After Ride Thaws Opening Date at...