Disney After Dark will see the light of day again. For seven nights in early 2017, a limited number of visitors will be able to linger in Magic Kingdom for three hours after the theme park has closed to regular day guests. The event was discontinued after its original run, seemingly because of low attendance, though guests who were there gave it high praise and said the low crowds made it feel like a VIP experience. 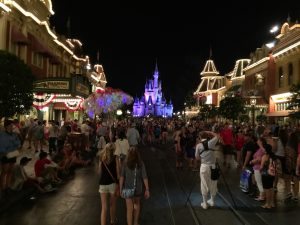 Admission to Disney After Hours is $119 for adults and children. That’s down from the 2016 price of $149 per person, when the park held a similar promotion in April and May. For the 2017 dates, Walt Disney World annual passholders and Disney Vacation Club members can get in for $89 per person. 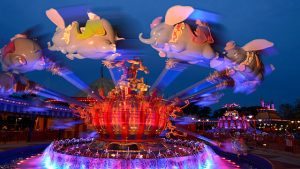 Attractions operating will include:

Along with the attractions and character greetings, those paying to attend “Disney After Hours” will also be able to enjoy complimentary ice cream treats, popcorn, and select bottled beverages. There will also be food items for purchase throughout the park.

12 TIPS FOR PARKING AT THE WALT DISNEY WORLD

Disney has announced the remaining celebrity narrators for...

20 Tips Save Money at Disney World