According to the latest Unofficial Guide’s Disney Dish podcast, Stitch’s Great Escape will be removed in favor of a VR racing game Wreck-It Ralph attraction based on “Sugar Rush”:

If the rumor is to be believed, the two theaters inside Stitch’s Great Escape would be gutted (they have been basically the same in layout since 1971’s Flight to the Moon with minor modifications over the years) to make room for a number of simulator based racing carts which guests could board wearing virtual reality headsets that would transport them into the video game world of Wreck-It Ralph. Guests may even get to design their cars in the pre-show area, similar to Test Track presented by Chevrolet. 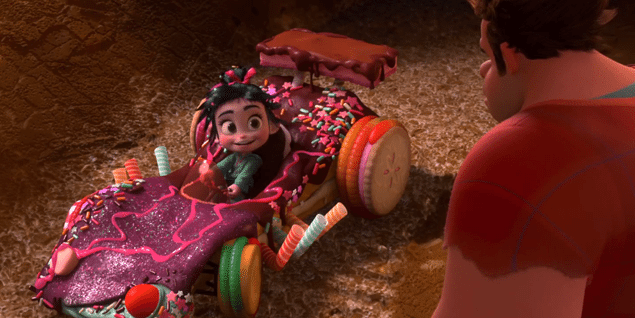 If it comes to pass, guests will be racing virtually with Ralph and Vanellope in the Magic Kingdom

The investment would make sense with a sequel to Wreck-It Ralph on the way in 2018 and the box office for the original film was quite strong worldwide. Also, Stitch’s Great Escape has been one of the least popular attractions in Disney history, often testing negatively with guests who experience it. 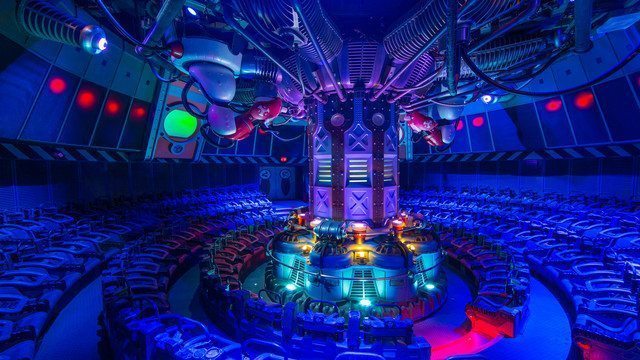 The project would be part of a larger overhaul of Tomorrowland expected over the next few years leading into the 50th anniversary celebration for the Magic Kingdom park (which would be in 2021 for those not willing to do math), which could include an E-Ticket attraction the likes of the TRON Lightcycle Power Run at Shanghai Disneyland next door to Walt Disney’s Carousel of Progress or Space Mountain. Tomorrowland has recently undergone a number of cosmetic upgrades including the repainting of Walt Disney’s Carousel of Progress and the currently ongoing entrance area rock-work, all of which could be just the first phase of this overhaul.

Disney of course has said nothing about this project as of yet, so we will have to wait and see if we will be getting a virtual Sugar Rush at the Magic Kingdom, or if we will just have to settle for a Plaza Ice Cream sundae.