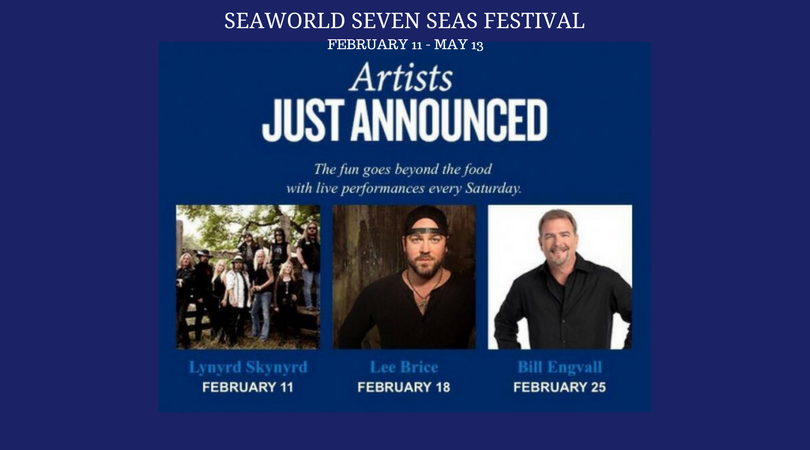 Combining fare with memorable performances on 14 consecutive Saturdays, the new Seven Seas Food Festival is coming to SeaWorld Orlando Feb. 11 – May 13, 2017.  Each week you can sip and sample your way around the park with international coastal cuisine while enjoying craft beers, paired wines and specialty entertainment. The Seven Seas Food Festival brings 14 live acts to SeaWorld Orlando’s Bayside Stadium including Phillip Phillips and Lee Brice.

While new flavors will tempt guests’ taste buds throughout the park, live entertainment will have everyone dancing, singing and laughing along to some of their favorite artists. The Seven Seas Food Festival brings 14 live acts to SeaWorld Orlando’s Bayside Stadium.