Just about a week ago we were celebrating the opening of our new water theme park, Universal’s Volcano Bay. It was a memorable couple of days where we celebrated the next chapter in Universal Orlando Resort’s evolution.

But we’re not stopping there—there’s so much on the way for 2017 and beyond. 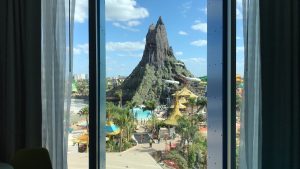 The expansion of the popular retro-inspired hotel, Universal’s Cabana Bay Beach Resort, is officially open. The hotel’s proximity and benefits makes it a great way to stay on-site and enjoy all the thrills and relaxation at Volcano Bay.

A select number of rooms even offer amazing views of the impressive volcano Krakatau and some of the water theme park’s attractions. And for those of you travelling with family, the new Cabana Bay towers include 20 all-new two-bedroom suites that sleep up to eight people. 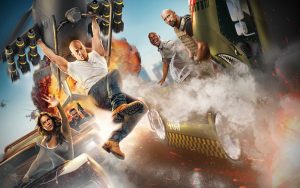 This new attraction will also feature the Virtual Line experience. This allows you to select a time to ride in advance so you can wait in line, virtually, as you enjoy other experiences throughout the park.

Also debuting in 2018, the new Universal’s Aventura Hotel will offer tech savvy accommodations. Using the provided in-room tablet, you’ll be able to control many of the room’s features, like the TV, temperature and more.

The hotel will also have a virtual reality game room and dive-in movie experience with an underwater speaker system in the hotel’s resort-style pool. Stay tuned to learn more about other high-tech amenities that will be available at this sleek and modern hotel.

Right now, you can get a sneak peek inside Universal’s Aventura Hotel with this 360 VR tour around the hotel, including the pool, a room and our first ever rooftop bar. Try it with VR goggles or Google Cardboard for the fully immersive experience. 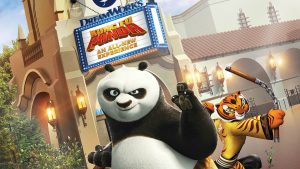 Universal Studios Hollywood announced a brand new Kung Fu Panda attraction for their theme park that will allow guests to be immersed in an adventure with Master Pro and the Furious Five. Guests will exercise their wit and unlock the hero within through the power of kung fu.

The Kung Fu Panda attraction is set to open at Universal Studios Hollywood in 2018. Universal has not revealed additional details. 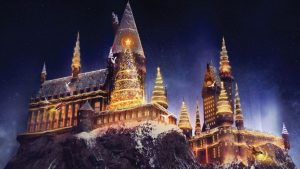 This holiday season, Universal Studios Hollywood’s Wizarding World of Harry Potter will celebrate the holiday season with festive décor and new holiday-themed food, drinks, and entertainment inspired by the films, including a projection show that illuminates Hogwarts castle in sparkling holiday spirit.

5 Tips to Save Money at Universal Studios

25 Things to Do on a Rainy Day in Orlando

10 Free Things To Do in Universal Orlando...

25 Breathtaking Places You’ve Never Been to in...