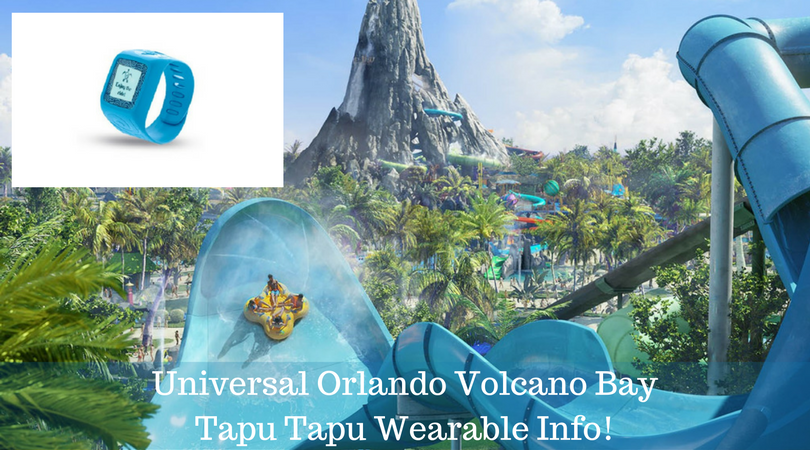 Watch this video for a brief peek at the new devices, which will be provided for free to all guests at Volcano Bay when the new attraction officially opens on May 25:

The Tapu Tapu devices, a waterproof wristband, will be used at Universal’s new Volcano Bay for everything from reserving your place in a virtual queue for the rides to activating special effects throughout the park.

Soak up the sun on Waturi Beach, watch your friends speed through the Ko’okiri Body Plunge in The Reef leisure pool or brave the racing torrent of TeAwa The Fearless River. When it’s time for you to ride, TapuTapu will alert you to head over to the attraction. No carrying tubes, no standing in long lines, no hassles.

TapuTapu bands will be issued to visitors when they arrive at Volcano Bay. They’ll be returned after use, and they’re included with admission. The colors’ names are pohaku brown, lau green, wela yellow and kai blue.

The idea is that visitors will be able to explore other parts of the park instead of standing in line. The band will alert wearers when it’s time to ride. TapuTapu also will activate special effects within the attraction, such as shooting water cannons and lighting up images within the volcano’s cave, a move demonstrated in the blog’s video.

6 Things You Should Know About FastPass at Disney World