There is a new member of the Animal Kingdom Family. A baby gorilla named Grace was welcomed into the world on May 1st, 2019. The newest addition is unbelievably adorable.

She is a member of a declining species, the Western lowland gorillas, which are endangered. Her birth has created new hope among cast members and conservationists alike! Every birth to an endangered species is beneficial to the overall health of the species, and Grace needs to be protected at all costs! 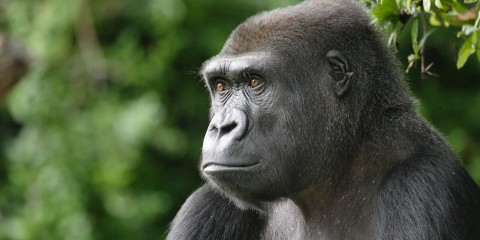 The species is not typically found in Central Florida, however, through the efforts of the Walt Disney Crew, the species will continue to live, through global efforts of conservation and protection.

As a part of the mammal class, they share many characteristics with us humans. The way that these animals eat, communicate, and move are very similar to our own behaviors. They are extremely large, and are the biggest and heaviest living primates. A fully grown male can weigh 400 pounds, and a female 180 pounds. They are omnivores and require a large amount of food to maintain their health and happiness. For more information on mammals and Western lowland gorillas, check out    https://eol.org/docs/discover/mammals

Where To See Grace

We are extremely excited to welcome Grace to the Disney Family, and her presence has brought renewed hope for us and her species. If you want to see Grace in person, get your tickets for Animal Kingdom!