Disney and Hurricanes-5 Things You Need to Know!

Theme Park Insider explores an important fact about the weather in Central Florida in the Summer and Autumn.

With many US schools heading back into session in mid- to late August, the next several weeks after that tend to be one of the better times of the year to visit Disney, if you’re looking to avoid those big summer crowds. But what about those hurricanes? Let’s take a look at some of the things visitors ought to know about Disney World and hurricanes. 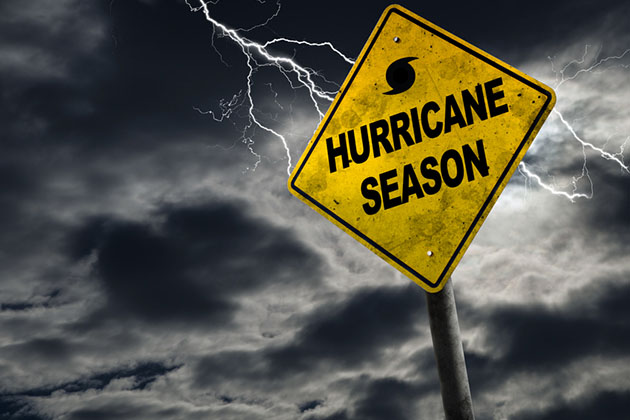 1. Yes, Disney World can close during a hurricane

But it almost never happens. The Walt Disney World theme parks have closed for hurricanes in 1999, 2004 and 2005. The longest the parks were closed on any one of those occasions was for two days. That’s less than a week of lost operation in the nearly 45 years that the resort has been open.

Florida’s a big place. While you might read about hurricanes hitting Florida every year, if you pay close attention you’ll probably notice that each one always makes landfall someplace different in the state. While the effects of a hurricane may be felt throughout Florida (and the entire southeast!), a direct hit on any one specific location that causes it close is relatively rare.

Especially for a place that is located inland. Remember that the Walt Disney World Resort is located in the Orlando area, nearly an hour inland from the coast. When a hurricane hits land, it begins to lose strength quickly. In practice, when a hurricane is forecast to hit Florida, many Floridians living on or near the coast where the hurricane is forecast to make landfall will evacuate to… Orlando. The huge number of hotel rooms available in the Orlando area during what is typically a slower than normal time for tourism make it an attractive place to retreat and ride out the storm. 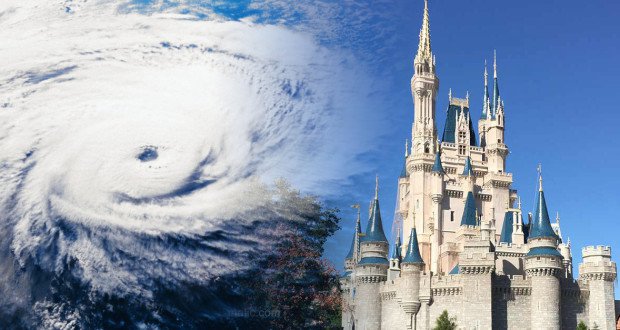 2. Even if Disney closes, people still will be there

If the theme parks close, Disney won’t kick people out of its hotels. You’ll be able to remain there to ride out the storm. And thousands of Disney cast members will remain on the job, staffing the hotels and “battening down the hatches” in the parks and throughout the property. Cast members will remove or secure anything that could blow away or become damaged in the high winds of a hurricane, then remain in place to begin preparing the resort to resume normal operations as soon as possible after the storm passes. Don’t expect a full range of services, of course, but you won’t be left to fend for yourself in an abandoned resort. 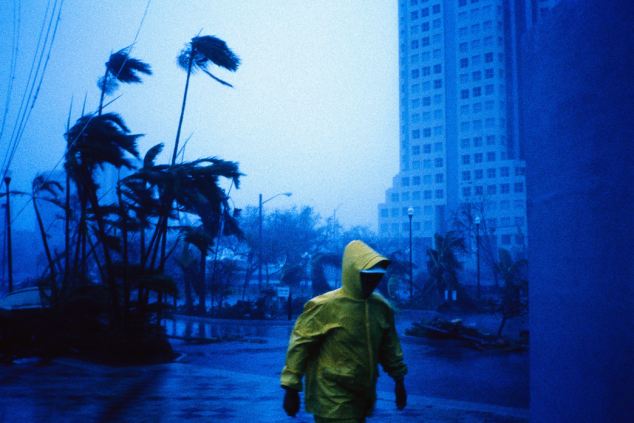 3. If a storm comes, you’ll get plenty of warning

Hurricanes aren’t earthquakes. Thanks to weather satellites and modern weather forecasting, they no longer strike without warning. You will know days in advance if a hurricane is on track to hit Central Florida, giving you time to adjust your travel plans, if necessary. So watch those forecasts!

4. You can get a refund, if necessary

Walt Disney World’s policy is to allow people to cancel without penalty a Walt Disney Travel Company vacation package or room stay booked with Disney if a hurricane warning is issued for the Orlando area – or for your hometown – within seven days of your scheduled arrival. You won’t be charged a cancellation or change fee if you cancel, and you will get a full refund of what you’ve paid. If you wish, you can reschedule to another date without a change fee, although your new reservation will be subject to availability.

If you’ve booked anything outside Disney, such as airfare, rental cars or rooms elsewhere, you’re on your own for those. Check with those providers for their hurricane policies, or consider a travel insurance policy that covers hurricanes. The Universal Orlando Resort has pretty much the same policy for its vacationsas Disney — no cancellation or change fees if there’s a hurricane warning issued for within seven days of your arrival.

If you decide to take your chances, do prepare for rainy weather. A hurricane might officially miss the Orlando area, but that just means that part of the storm where wind speed reached 75 mph or more failed to hit the community. Wind and rain from the outer bands of the storm might still hit the area. As anyone who’s been to Disney during a summer thunderstorm can tell you, some attractions close in stormy weather. Bring a poncho and be ready to be flexible with your plans each day. 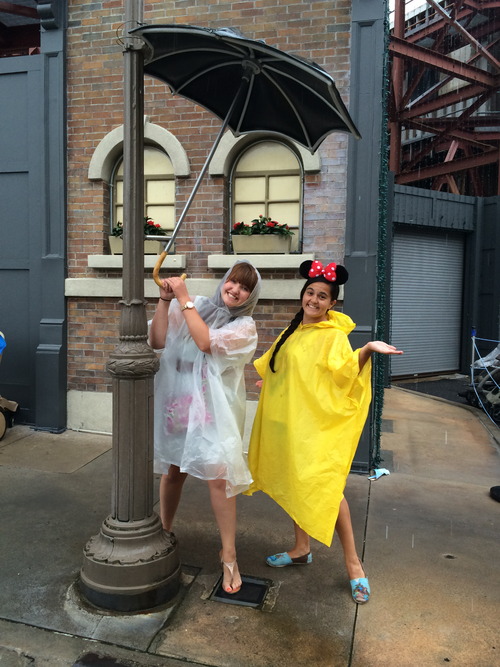 5. Florida’s used to this

Like we said, Disney will assign cast members to prepare the resort for an incoming storm and to get it ready for normal operation as soon as possible after the storm passes. Businesses and communities in Florida have hurricane plans, and the experience to get through the storm. While places on the coast that sustained the direct hit might be out of commission for a while, that tends not to be an issue in the Orlando area. While you might choose to cancel if your vacation was scheduled for the same week that a hurricane hit, you probably don’t have to worry about a vacation scheduled for even a week later. Yes, airlines will need time to work through schedule disruptions, just as they do for a wide variety of summer rain and winter storms. But Disney recovered quickly after the few times in closed in the past and has plans in place to be up and running quickly after the next hurricane strikes, too.

Disney During Hurricane Season-5 Things You Need to Know!https://t.co/vVg2uAYV0J

20 Of The Coolest Jobs at Walt Disney...